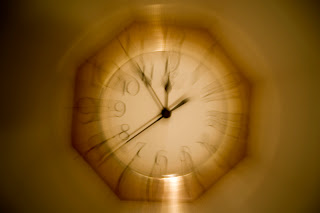 "There is no set span to Your years and there is no end to the length of Your days. It is impossible to estimate the angelic chariots of Your glory and to elucidate the hiddeness of Your Name. Your Name is worthy of You and You are worthy of Your Name, and You have included Your Name in our name." (Chazaras HaShatz Yamim Noraim)

This piyut is drawing a sharp contrast between feeble man and Almighty Hashem. The one preceding it, which ended describing the mortality of man, read: “We are but a dissipating cloud… flying dust, a fleeting dream…” The first words of this piyut, however, seem superfluous. First it says “There is no set span to your years (Hashem)…” and then it says “…and there is no end.” These two phrases mean almost the same thing but there is a slight difference. A ‘set span’ refers to an amount of time, so we are saying that Hashem has no life span, as it were, of like a billion or a trillion years. An ‘end’ refers to a deadline; so in effect, we are saying that Hashem’s existence is endless; He has no beginning and no end, which is coincidentally the 4th of the Rambam’s Ani Maamins.
The piyut ends with “And You included Your name in our name.”
Here are a few explanations of this:
-The Last 2 letters of יִשְׂרָאֵל are 'א' and 'ל' ; a Name of Hashem.
-When the Torah names the families of the Jews in Bamidbar, Perek 26, the letters of Hashem’s

name, 'י' and 'ה' are added to each name. For example: שָׁעוּל’s Family is called הַשָׁעוּלִי.
-If you spell out each letter of Hashems name ('י'and 'ה') You get yud, vuv, daled, and hei, and yud, and those letters spell out יְהוּדִי, Jew! (My favorite)
~
(Clock pic courtesy of CoolChaser)
(Kippa pic courtesy of here)