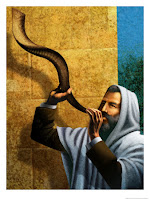 "Have compassion on Your handiwork and be glad with Your handiwork. May those who take refuge in You say - when You vindicated those borne by You - 'O Master, may You be sanctified upon all your handiwork.' For with Your own holiness You have sanctified those who sanctify You. It is fitting that the Holy One be glorified by holy ones." (Rosh Hashana, Yom Kippur Davening. Also in Selichos) 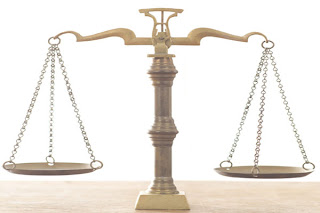 The ten days between Rosh Hashana and Yom Kippur, say Chazal, are the most exalted and majestic days of the year. Aside from being days of intense Tefilla and Teshuva, one is expected to display an added degree of piety and commitment in the realm of Halacha. Specifically, the Shulchan Aruch states that only bread produced in a Jewish bakery [or home] may be eaten during these ten days, not from a bakery operated by a gentile [even if the bread is Kosher] (OC 603, 1). One might ask- of what good is it to "step it up a bit" if the sense of commitment is only temporary?
The following parable sums it up beautifully. A king decided it was time to pay a personal visit to the people of his kingdom, and letters were sent to each household informing them of the kings expected arrival. "The king is coming", said one husband to his wife, "and our house is run-down and outdated. I'll go out and by some new furniture and fix this place up a bit before the king's arrival". "But there's no way we can afford it", replied his wife. "Besides, the king is coming to see 'how we live'. Well then, let him come and see exactly how we live!" "Listen", said the husband, "if the king was only interested in seeing 'how we live' he would have showed up at our doorstep unexpectedly. The king sent out letters in advance to let us know he would be coming. If so, the king isn't only interested in seeing 'how we live'; he also wants to see what we're ready to do in his honor!". The King of all Kings is coming, and we know it. Already since the start of Elul, Hashem has left His heavenly palace and is "in the fields", says the Zohar. Soon enough, during these ten days, the King will be dwelling amongst us. He wants to see what we will do in honor of His presence. So for ten days, as long as the King is "in town", let us show Him what an honor it is to have Him with us and what a privilege it is to be part of His kingdom... (Thanks to Rav Josh Rubenstein Shlit"a for this beautiful piece)
Posted by CR at 8:48 PM

is there a clip for this one?